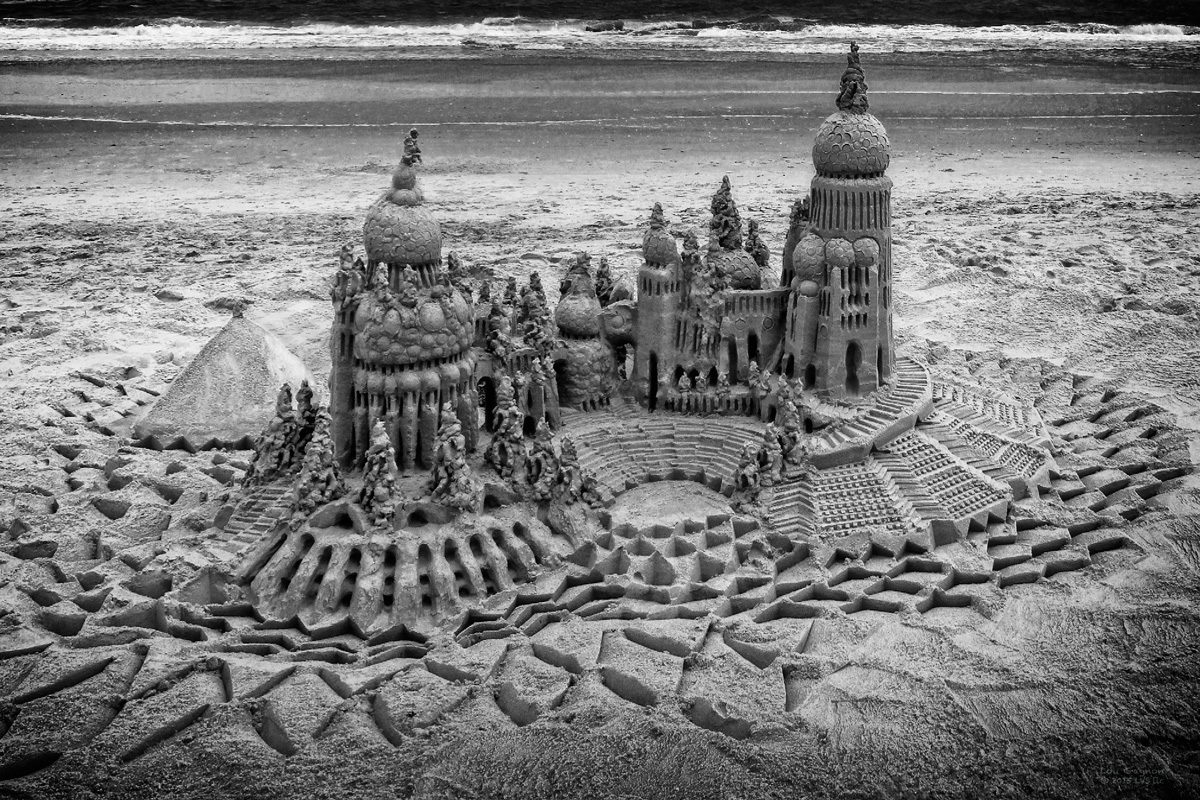 Another frequently asked question, whether at a show or on the beach, is ‘Where is this?’ Now at a show there are two possible meanings.
1. Where was this sandcastle made i.e. what beach?
2. What design are you referencing?
We’ll address the first meaning another time. There’s only one possible meaning on the beach though I’ve occasionally responded ‘It’s right there.’

This question sometimes comes in different forms like ‘What building is this?’ or ‘Is that from (name country here)?’  As noted in ‘How long did this take?’ the sandcastles are an amalgamation of 30 years studying and practicing architecture and design passed through my imagination and confined to limits of the sand on the beach during that tide interval.

The speed necessary to beat the tide requires a certain rhythm that is a combination of knowing your tools and understanding the vocabulary of design. Like a language that has it’s roots in many other languages the forms of these sandcastles have derivations from many cultures. One may see Buddhist temples from Southeast Asia, Russian Orthodox, Italian Renaissance, Persian, Indian, Moorish, Antoni Gaudí or even Sponge Bob. Truth is everyone sees what they want and can relate to and that’s fine by me. My only intent is to make something that looks like it belongs exactly where it is- on the edge of sand and sea.

At the end of a long, hot day I thought I was finished with the above sandcastle when a woman asked “Is this Egypt?” I didn’t know what to say. After she left I added the pyramid.